ULB started working with Social Seeder in 2017 to release the power of employee advocacy. The results are impressive and we’ll share them with you in this use case.

The Université Libre de Bruxelles is a French-speaking private research university in Brussels.

Why did they choose Social Seeder?

University is all about community among students. But not only. Also between students and the University.

For the Universite Libre de Bruxelles starting an ambassador program meant to create a closer connection  with the students and the university and build a relationship that can benefit both greatly.

Goals of the ambassador program

ULB created a landing page to inform about the concept of ambassadorship. Then, they asked their supporters to sign up to be ambassadors and segmented according to their role and the content they were interested in.

They started to send regular campaigns (1-2 per month) with quality highly targeted content for the students.

On of their successful campaigns was a recruitment campaign. 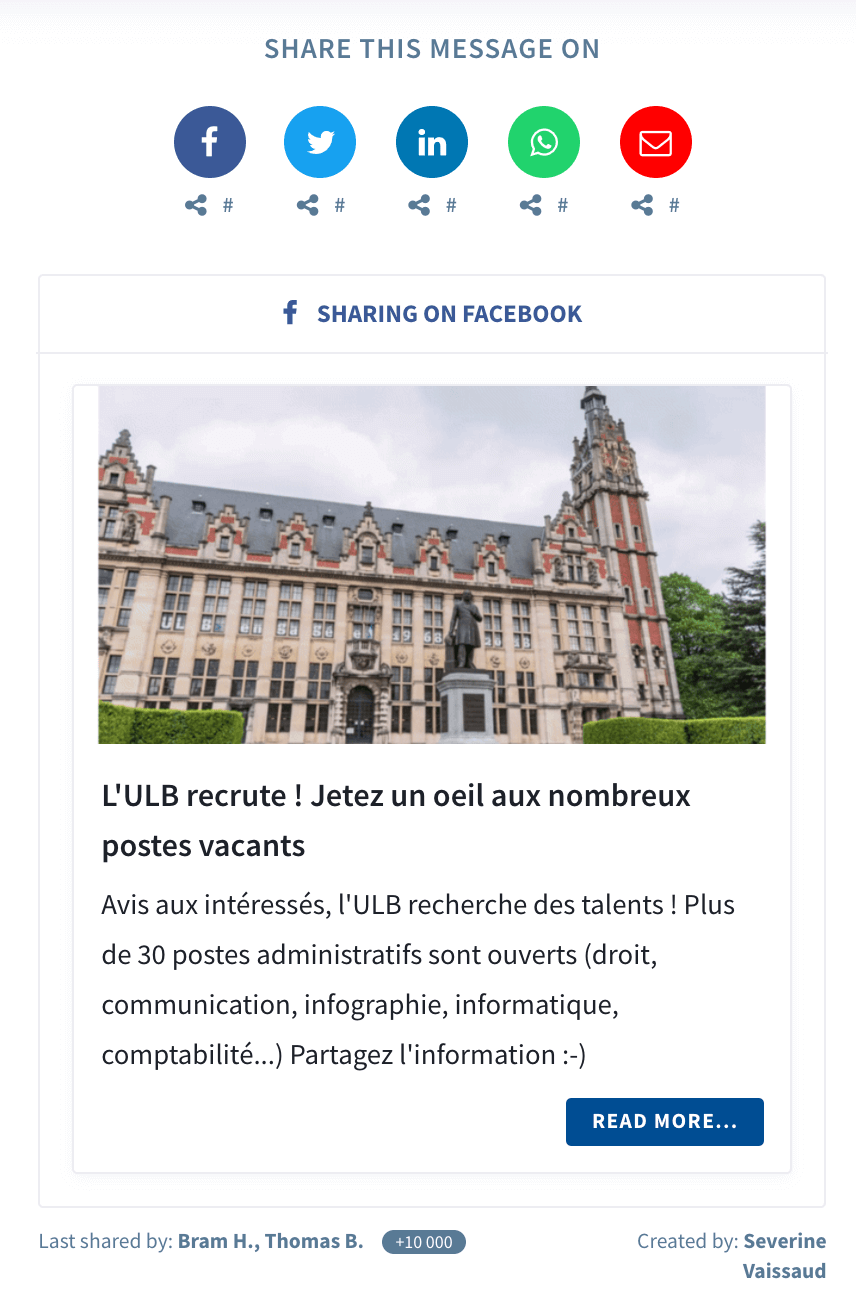 Thanks to Social Seeder the results were a big success.

Become part of our inner circle

Of course you can! Leave your name and email address and we’ll share new content with you on a regular basis. Sign up and stay apprized of the latest insight.