It's the kind of story met with, "No, way!" or "That's crazy," but it's still true. Founder Patrick De Pauw was invited to a lunch at Google headquarters. Some of the other guests? Then-President Barack Obama and Richard Branson to name a few. At the time, Patrick had spent nearly 30 years in the travel marketing industry forming relationships and connections--one of whom invited him to this select roundtable.

On the flight home, Patrick reflected on the power of connections. In travel, he had seen that other people's opinion was more influential than most marketing tools. As ads got more expensive and algorithms more unpredictable, Patrick decided to focus on the one thing that consistently worked: word-of-mouth.

Once he returned, Patrick promptly developed a concept around connections; social media being the obvious starting point. In reviewing online posts, likes, and discussions, he noticed people happily act as de facto ambassadors for things they like whether a destination, brand, cause, or organization. They do it without money and often without even realizing it.

After mapping out specific ways to capture the untapped ambassador goodwill, Patrick joined forces with friends, Jo Caudron and  Dado Van Peteghem, who were working on a compatible idea which became Social Seeder.

"An ambassador is an unpaid believer in your organization whether they are employees, loyal customers or true fans. They are your most persuasive spokespeople on social media and the main drivers behind your company’s online conversation. Why not leverage their power?"

The evolution of Social Seeder

The first iteration of the platform had basic social media sharing features. The emphasis was on using ambassadors as a means for social selling and extending the marketing reach. Analytics were added to give performance measures. By 2016, Social Seeder had 150+ customers from all over Europe and a full-time team of six.

In 2018, an evolution towards employer branding emerged. As people started to post about their workplace–whether to recruit new co-workers or highlight various events within their company–Social Seeder resonated with a growing number of HR teams. Ambassadors had higher rates of engagement and shared (at a ratio of 100%) positive conversations about their company.

As the digital era progressed, a social media presence was unavoidable and organizations wanted to be easily distinguished from their competitors. Authentic conversations became essential. Social Seeder allows employees to speak online the way they would talk in a coffee shop or over a meal with friends—with a natural enthusiasm. It was good timing. Paid advertising  reach dropped drastically over the years. Plus, audiences were becoming selective and tended to avoid ads and branded messaging.

By 2019, most HR teams started to see that the strategic insight and methodology Social Seeder offered was not just a budget "nice to have" but a must. To meet the increasing need, Social Seeder expanded to 16 full-time employees by early 2020, with partners in three new countries, and 250+ customers all across the globe.

To this day, Patrick never says no to a lunch opportunity because you never know who will be there at the table—or what idea it might inspire later. 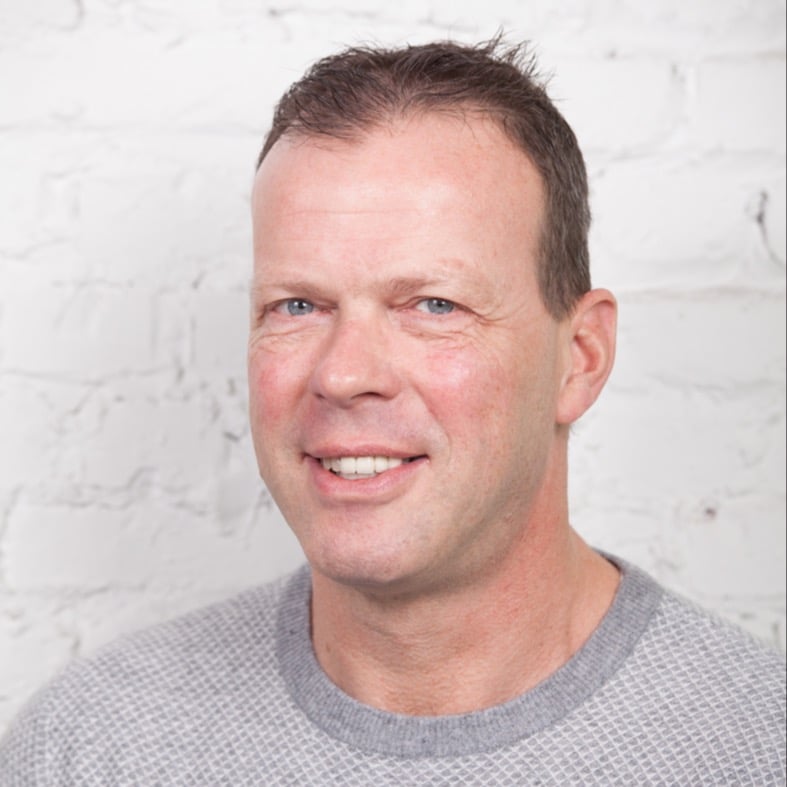 Chief Evangelical Officer. Patrick is a frequent and enthusiastic public speaker on ambassadorship. During the rare moments he is not working, he is probably taking back-to-back spinning classes.

Kristof is the engineer of the organisation, he co-designs and builds the solid foundation and structure upon which the company can grow and flourish.

Marie-Line is a dynamic & sociable person for whom customer satisfaction is essential. In her spare time, she loves's photography as a passion.

Jens is a straightforward person who always wants to create the best relationship with his clients. In his spare time, he likes to organize events and taste new beers.

Filip's calling is helping B2B scale-ups get more qualified leads and close more sales through a cross-funnel marketing strategy and working closely with sales and customer success - precisely what his mission is in Social Seeder.

With a customer centric approach, Marcella's mission is to ensure that we're always delivering the most valuable solution for our users.

Lukas ensures that new features of the platform are rolled out by development. He knows the platform by heart. In his spare time, he loves playing Dungeons and Dragons.

Mathias loves working with flexible, motivated people who love a challenge and are not afraid of bettering themselves in what they do.

Dennis works from the sunny city of Barcelona. He takes pride in writing clean, performant code that our users interact with on a daily basis. Besides programming, he enjoys spending time at the gym and the seaside.

Anna makes sure that you can use the platform as it should be. With her eye for details, she ensures there are no bugs. You can find her taking photos in her spare time.

Currently a student in International Business, Natacha is here to learn the organization of the company.

We're even better in real life

See what Social Seeder is all about—and more importantly what it can do for you!